Have you ever gone to the mirror and asked yourself, “Do I need a toner?” No, probably not. Has somebody tried to call you on the phone to ask if you need a toner? Likely. But have those people ever convinced you into buying that toner? Michael Saltzstein thinks you probably dropped that call in a heartbeat. Image Source: intetics.com 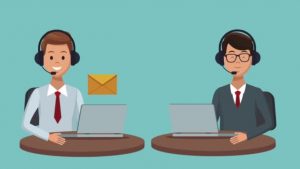 Cold calling is one of the oldest marketing strategies out there. It’s traditional; having been used as a way to generate leads through phone calls (or even through door-to-door) for the longest time. And results have definitely been varied. That said, maybe it’s time to send the bygone, brute-force tactic of the early ’90s to the farm. Here are some reasons why:

1. Cold calling is not effective anymore.

Various marketing studies have already pointed out that cold calling might be as cold as dead. Statistics show that there’s a very low conversion rate with telemarketing; not to mention the very low phone engagement rate this strategy receives. This kind of marketing strategy has been losing its effectiveness for a while now, so this is hardly surprising, says Michael Saltzstein.

Twenty years ago, people hated telemarketers because they were either expecting someone else or waiting for an important phone call. Presently, with most people using their phones differently, they tend to avoid phone calls now. The moment they hear a spiel, they end the call immediately. Michael Saltzstein notes that people tend to treat cold calling as a major annoyance to the point that some people take the time to put their numbers in a National Do Not Call registry.

In fact, in the United Kingdom, the government has made measures that made this kind of lead generation difficult, to the point that telemarketing calls are considered nuisance calls. If a person hasn’t opted in to receive your calls, you might face steep penalties.

3. There are better ways to generate leads

Cold calling tends to be a hit-or-miss kind of way to generate leads, with emphasis on miss. With people getting incredibly colder towards this kind of marketing tactic, Michael Saltzstein believes it’s time to choose a warmer option—and there are a lot of them. Warm calling, for example, which is basically giving potential clients an initial contact—such as direct mail or referrals—before giving the sales pitch. This tends to be received better.

Inbound marketing strategies, such as content marketing, for example, have become more popular in the digital landscape because of its relatable, informative content. It’s something that they can access when they need to, instead of being forced upon them.

And while calling for leads is still an important part of the business process, in the modern business landscape, cold calling isn’t an effective marketing tool anymore. The ever-changing minds of customers doesn’t help, too. That said, if you’re still using cold calling to generate leads, it’s probably a good time to change your methods. Michael Saltzstein can help you with that. Visit his website to learn more about better and more effective marketing strategies.